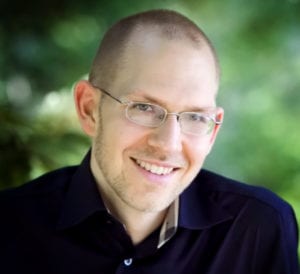 Dr. Schueller is the Executive Director of PsyberGuide and an Assistant Professor at Northwestern University’s Feinberg School of Medicine. He is a faculty member of Northwestern’s Center for Behavioral Intervention Technologies (CBITs) and his work focuses on increasing the accessibility and availability of mental health resources through technology.

A recent meta-analysis by Joseph Firth and colleagues [1] explored whether the scientific evidence supports that smartphone apps can reduce symptoms of anxiety. Meta-analyses are often considered one of the most useful forms of scientific information because they combine the results of several studies to produce a more powerful investigation than any single study could provide. The findings of Firth and colleagues meta-analysis suggest that smartphone apps were an effective form of treatment for anxiety, although the size of the impact is what researchers would call small-to-moderate. That means, that we can reliably say that smartphone apps designed to decrease anxiety can do so, but that the impact would be less than one would expect with the gold standard face-to-face treatments or medications. This is not surprising, the dose of “treatment” from these smartphone apps was much shorter than what one would typically receive in terms of face-to-face treatment or medications, ranging from 4 to 10 weeks with an average of 6.1 weeks.

It is useful to dig into this meta-analysis a little more deeply as it tells us what we know (and don’t know) about the effectiveness of smartphone apps for anxiety and some of the limitations of the current research. First, the authors identified only 9 eligible studies that collectively represented 1837 total participants. There are many more than 9 apps targeting anxiety available in the Google Play and Apple iTunes store, which again shows that most of the apps available have no direct scientific evidence confirming their effectiveness. Conversely though, only 4 of the apps are currently available in those app marketplaces (Flowy, myCompass, SuperBetter, and components of the LivingSMART intervention which consisted of non-mental health apps such as Google Calendar, Evernote, Stayfocusd or SimplyNoise with instructions on how they could be applicable for mental health issues). We currently only have SuperBetter listed on PsyberGuide, along with an expert review, but will work to get these other resources listed in the near future. The 1837 people included in this meta-analysis likely represents a small portion of the total number of people with anxiety who have downloaded a mental health app. It is impossible to know how well these 1837 people represent people who download apps for anxiety more generally. These people tended to be adults, average age of 36.1 years, women (65.2%), and no study used a diagnosed anxiety disorder as a criterion for inclusion. Therefore, it’s hard to say how well apps would work for adolescents or older adults, men, or people with more severe anxiety.

The most impactful apps were those that were included along with some other treatment either face-to-face or Internet-based therapy programs. This is an important caution that for many people, apps alone are unlikely to be a sufficient treatment. If you’re not currently receiving treatment, an app can be a good way to introduce you to important treatment skills like deep breathing, exposure, goal setting, or self-monitoring. If you’re in treatment, apps can help support the work you are currently doing, although it might be useful to discuss with your provider for suggestions or which skills or apps might be the most useful. And lastly, if you’ve received treatment in the past, apps can help reinforce the work you’ve done or to keep up with some of the skills you’ve learned. If you use an app and don’t feel like you’re getting better that doesn’t mean you’re beyond help, it might be that you haven’t found the right app or that it would work better for you in combination with something else.

Thus, although this meta-analysis is a useful summary of the current research evidence, it illustrates the need for additional information: evidence produced by researchers on the efficacy of such apps, evidence gained from consumers on the effectiveness of such apps, and evidence from experts, like that provided in PsyberGuide, to better guide decisions regarding the usefulness of smartphone apps for anxiety. The findings provide enthusiasm that smartphone apps can work but more information is needed about which ones, for whom, and how people can get the most benefits out of such resources.