Mainstream social media first emerged as digital journals and photo albums—tools that allowed early users to document and display their lives. Here’s what I had for lunch. Here’s my new puppy! These users, though, had other plans: they quickly began using the platforms as digital meeting places, evolving them into hubs of connection and conversation; hubs of community.

Young people intuitively use digital communities to discover and nurture their identities. If Millennials—the first “online generation”—started this digital exploration, Gen Z have perfected it. Born between the late 1990s and early 2000s, Gen Z have never known a time without access to the internet and social technologies; they have come of age in a time where all information is at their literal fingertips, and are the first who can truly be called digital natives. They have so thoroughly conquered their digital landscapes that they’ve outpaced their favorite platforms and created their own meta-functionality—deft layers of “likes,” edits, memes and more—to push digital culture in new directions, and create entirely new dynamics for social connection.

Having grown up so immersed in smartphones and social media, Gen Z’s life online is exceptionally fast-moving, creative, and unavoidably public. The overwhelming amount of content strobed across home feeds means there is no longer a unified “now” that can define a shared cultural time and place. Instead, each user lives in their own custom cultural spectrum—uniquely theirs, but overlapping with those of countless others. Here, new elements of one’s identity can be adopted as quickly as they’re discovered, with select facets curated and amplified to suit the social context. All of this allows users to live in a constantly generative cycle of self-discovery and self-creation, and in turn, presents countless opportunities for new interactions and shared interests.

The proliferation of digital communities exploded in tandem with this rapid redefining of identity, creating new spaces for exploration and self-discovery. In the hands of Gen Z, digital communities completed their evolution from the defined, localized settings of the early internet, to the freeform, often spontaneous, nano-sized-through-sprawling microcosms of the digital world that exists today. These communities take form in a range of shapes and sizes depending on the platform. On Facebook, they’re traditionally formal and organized. Meta-communities of fully unstructured crossovers of identity, interest and perspective are common on Twitter. On Instagram, Gen Z creates secret, tiny and personal Finstas—profiles with pseudo-pseudonyms and one or several users in charge, where they share their less performative, more expressive content for an audience limited to close friends. With this perspective, TikTok could be seen as embodying potentially every level of community: the micro and ephemeral communities that form while creating “duets”; expansive, self-organized fandoms centered around specific memes, styles and creators. In a sense, TikTok’s entire near-billion-and-counting user base is connected by their attraction to the platform’s fast paced format, and content that almost exclusively consists of the self-image.

These communities reflect many of Gen Z’s secondary characteristics; they are spaces where change and evolution are not only expected but embraced. From personal aesthetics to current obsessions to cultural points of view, there’s a presumption of experimentation and room for changing one’s mind—and a balancing mindset of “don’t take it personally.” Their highly public nature means these youth are coming in contact with others from all possible backgrounds, and constantly offering themselves up for consideration. This extreme visibility has also led to a form of radical transparency, furthering their acceptance of differences and empowering their own self-exploration. It’s surely no coincidence that this generation is seeing record numbers of individuals identifying as LGBTQIA+, are highly vocal in expressing and organizing around their values, and in general lean into their progressive, inclusive views. Irregular Labs’ Fluidity Report explores these ideas extensively, as does Vice’s Guide to 2030.

Groups of people often forced to the margins—because of their race, gender identity, physical ability, etc.—have always found strength in spaces of acceptance and camaraderie. Communities such as those made by LGBTQIA+ youth on Tumblr and Black Twitter as a whole (not to mention many, many others) have had a proven positive impact on the mental health and wellbeing of their “members.” We are now seeing a much needed evolution towards inclusive digital tools that strive to encourage the same creativity, experimentation and play espoused by their target demographic in hopes of further supporting their mental wellbeing. From Somewhere Good (a social platform designed for people of color) to Blue Fever (a Gen Z emotional media platform), teams of interdisciplinary, multi-hyphenate builders are exploring what it means to create platforms that genuinely support the needs of their users.

When young people are given the space to explore in a nurturing environment, good things happen. Fortunately for today’s youth, community—and identity—is now everywhere. 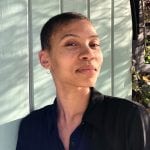 Mica Le John is CEO and Co-Founder of Idoru, an avatar-creation app where self-expression runs free. An educator, technologist and writer, Mica’s work uses an intersectional lens to explore the relationship between technology and art. Learn more about her work at micalejohn.com.