“Make it mine”: Youth and Customization

Currently I am working with young people to design a mobile health intervention to support them in their recovery from addiction. The project, called HABITs, aims to create a suite of apps and other internet based tools. One of the final products is likely to be an app that will allow a young person to set goals, keep tabs on their progress, and encourage them in their recovery journey. We’ve had a number of meetings with young people in both residential and outpatient treatment and one of the main messages we have received from them goes something like this…

‘Whatever you make, it needs to feel like it is mine. I not only want to monitor and get an overview of my progress, I want to create the place where I do that.’

Good evidence for the real-world effectiveness of apps and internet-based interventions is not yet established, however it is becoming apparent that scientific studies, such as randomised controlled trials (read here for more info about RCTs), might not be enough to demonstrate the benefits of such interventions. The real world is quite different from a research study and getting users to complete mobile health interventions in the way that was intended and tested in research studies (and thus the way that is assumed to be therapeutic) is a big challenge.

SPARX, a gamified cognitive behavioural therapy (CBT) intervention developed by my current co-investigators, is an example of this. In SPARX, the player defeats negative thoughts, called ‘Gnats’, by journeying to seven provinces and completing quests where key CBT strategies are conveyed. In a research setting, most young people completed the whole intervention as intended and SPARX was shown to be as effective at reducing symptoms of mild to moderate depression in young people as traditional counselling (Merry et al., 2012). However, one of the SPARX developers, Karolina Stasiak, reports that in the real world young people don’t complete it as designed, often ‘bingeing’ the whole intervention at once or just doing the first couple of modules. This is a pattern seen in most implementations of mobile and internet therapies.

If, once upon a time, the novelty of having access to information or treatment via the computer was enough to engage people, this didn’t last long. Now a series of strategies, such as gamification and individualisation, are suggested as essential to keep people engaged (Fleming et al., 2017). This is what the young people involved in our co-design process are asking for. Customization allows the user to control aspects of their interaction with the mobile health intervention and ideally each individual user is able to get exactly what they want, and in the form that they want it. Customization assumes that users know their own needs best.

There are numerous ways to customize or individualize and this is likely to be an essential feature of successful future mobile health interventions. At its simplest, the user should have choices about how they use the intervention and should expect personalised feedback based on those choices and their engagement with the app. A further step would be to allow a young person to control how the app appears including the ability to change sounds, colours, fonts, and other design features. Many apps already use an extension of this concept via the use of avatars or characters that can be created and modified as part of the user experience.

One of the challenges of allowing users to design a personalized user experience within the intervention, is balancing this with treatment fidelity. Treatment fidelity means that the intervention remains consistent with the version that was originally tested. At the moment, mobile health interventions in the addiction field at least, are probably more effective if based on established and coherent behaviour change theories (Garnett et al., 2018). It is understandable that mobile health interventions have begun as attempts to translate conventional counselling-based therapies to a digital format, however as the field develops this is likely to change. In the not too distant future we are likely to have entirely novel mobile health interventions that are nothing like our current concepts of therapy. Perhaps customization is one of the stepping stones to these future, as yet unimagined, digital-based therapies. 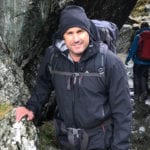 Dr. Christie is a Youth Addiction Psychiatrist and Senior Lecturer at the University of Auckland, NZ. His current research interests are centred around developing evidence-based mHealth interventions for youth mental health and addiction with a specific interest in brief interventions.