During one particularly intense end-of-semester rush, a college friend of mine once asked “Have you ever tried just sitting down and notice what it feels like to breathe? You should try meditation; it really helps with anxiety”.

I could not have rolled my eyes harder at the time. Mindfulness meditation, she argued, was the mental muscle of concentration and focus. Popular advocates in the media promised the benefits of a buddhist-like peace with oneself and environment, just by taking a few minutes each day to focus on the sound of my breath. News stories cited the latest science in support of meditation to treat a wide number of ailments. Focusing on my breathing can make me happier and healthier?  It was possible, I supposed. But I was not sold. Yet.

Like all of us who maintain a prototypically western life — one that equates productivity with prestige — it was easy for me to dismiss meditation as an unfamiliar means to an inconsequential end. Years have passed since that fateful Final’s Week, and the body of research on the efficacy of meditation swells, even still. I live and work among a highly tech-oriented cohort, so when the Calm meditation app earned the top spot as the Apple™  2017 App Of The Year, I had the best possible excuse to give Calm a try.

There are lots of meditation apps out there — we’ve reviewed a number of them here at PsyberGuide, like  Headspace,  Simple Habit, and  Stop Breathe & Think. Outside of the office, my previous attempts to start and stick to a meditation app followed the same general pattern:  I stick to it for a few days — maybe a week, if I’m really motivated.  But not long after, the honeymoon-like novelty of my new practice fades away, and I get the sense I’m listening to the same instructions and music each time.  30 days can quickly disguise itself as a hauntingly long time to repeat something that can feel, frankly, tedious.

If there is one area in which Calm has nailed their demographic, it is in their understanding of those of us who fall in the “hesitant, but willing” corner of the meditation crowd. Experts say that it can take between 6 and 12 weeks to reap the benefits of meditation in any tangible or long-term way (Chen et al, 2012). But for many of us who fall into said “hesitant, but willing” group, committing to such a long-term habit is an intimidating prospect, despite genuine ambition for the long-term goal. I needed to start small, and I needed to know I was going to learn something new as I continued to practice.

Like most apps, Calm provides an introductory series of meditations targeted directly towards the ‘newbies’ amongst us; in the Calm space, this is called the “21 Days of Calm”, and is extremely basic in its guidance. But I had already learned that a 30-day practice wasn’t something I could reasonably commit to. Instead, I went for shorter, more specific meditation sets – like Seven Days of Self Esteem and Seven Day of Calming Anxiety.

Calm shines in its specialized content; the content is designed, to my eye, for people who want to meet specific, mindful, and meditative goals. Most meditation apps have specific playlists or collections dedicated to the management of stress, but Calm’s selection goes beyond the versatility I expect from a meditation app; not all Calm tracks sound the same, nor do they repeat the same skills over and over.

The navigation of the app was appealing and intuitive; I was easily able to find sessions and collections that didn’t focus specifically on the act of meditating — they encouraged me to do something during the practice. I can be distractible at times, and continued to struggle with feeling “unproductive” while trying to meditate. That made the structure of these collections an ideal fit for people like me — they combined a productive and meditative goal with the skills I’d become elementarily familiar with in earlier attempts at meditation. My typical pattern slowly dissolved with my use of Calm — three months have passed since I decided to take Calm for a spin, and I’m still actively using the app.

Learning to meditate with Calm was both an exercise in habit-forming, and a learning experience. At its core, Calm taught me that there is no “correct” way to meditate, and there is certainly more to the practice that listening to myself breathe.

Calm purports to make meditation accessible to anyone, from anywhere, with any lifestyle; I can’t possibly know if that is true. But there was a time I’d have sworn that meditation was not for me, and Calm taught me that I was wrong. 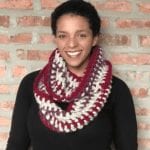 Diana Steakley-Freeman is the PsyberGuide Systems & Web Developer, with a background in web development, automation science, and clinical psychiatric research. Her past research has focused broadly on the social and cognitive presentations of mental health symptoms; she plans to focus her future research on the integration of machine learning into psychiatric assessment technologies.